Development and maintenance of a geospatial information system for service management

Snaga Ljubljana public company is the largest Slovenian company for managing municipal waste. Through its sophisticated system, it handles waste for nearly 400,000 residents of the Municipality of Ljubljana, as well as ten bordering municipalities. Snaga also manages municipal public and green areas, public restrooms, etc. and maintains Ljubljana’s regional parks. It has established an expert group for the care and maintenance of urban trees.

In order to perform its activities more efficiently, in 2005 Snaga decided to develop and establish a geospatial information system, since their services are largely based on spatial data. These should be maintained, managed and interpreted. Excel tools were no longer suited to their needs. They became a bottleneck in the business processes of both the Snaga and its clients, especially the City of Ljubljana, to which Snaga had to announce its works on a daily basis and reported to it on performed works. The mentioned problems stimulated Snaga to invest in a geospatial information system. LGB was selected for the performer.

In the initial phase of the development, we first updated the spatial data, classified them and set them up meaningfully (playgrounds, parks, roads, markets, underpasses …). After that, we connected the services of Snaga with spatial objects, where Snaga performs its services. We connected the geospatial information system with the business system at the level of work orders. Thus, we have enabled the management of the company to keep an eye on the current state of service provision and give the foreman an effective tool for managing tasks in individual sectors of the company.

We also developed an online application through which the authorized employees of the City of Ljubljana can regularly monitor the realization course of the Snaga services – from those that are planned or are still in the implementation phase, to the already concluded services. The application significantly contributes to more efficient communication between Snaga and the City of Ljubljana, as it greatly facilitated processes for announcing planned works and reporting on performed works. Reports are now generated automatically and include actual spatial information from the field.

As part of the development of the system, a mobile application was created, whereby all arbors (experts for trees in the urban environment) could list all the trees on the public green areas of the City of Ljubljana directly on the ground. Today, the application is used also by other employees who perform works on the tree stock, to enter data about works performed or observations, all of which are recorded in work tasks.

Cooperation between LGB and Snaga is continuing successfully also after the establishment of a geospatial information system. LGB periodically captures spatial data and updates the web, desktop, and mobile applications and their connectivity with the Navision business information system. 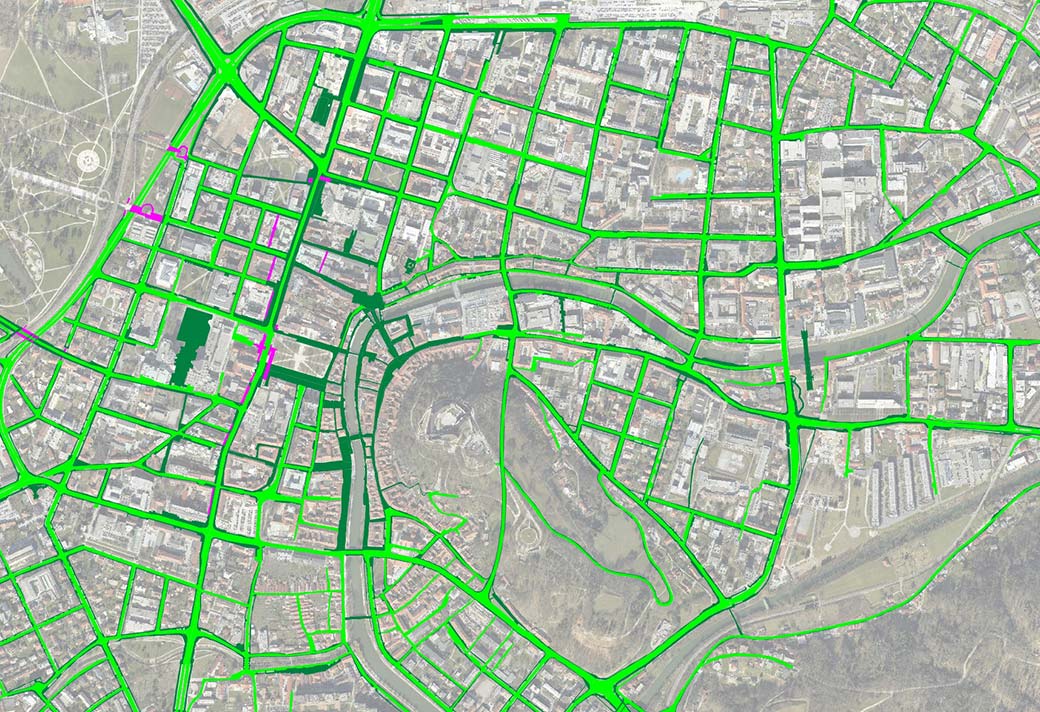 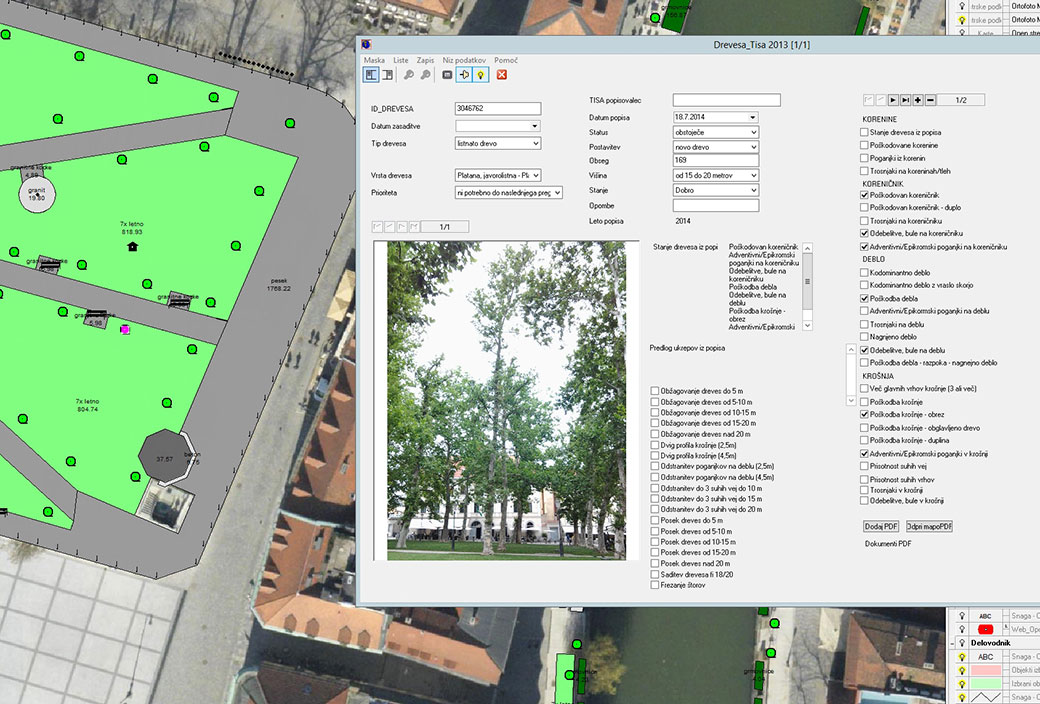 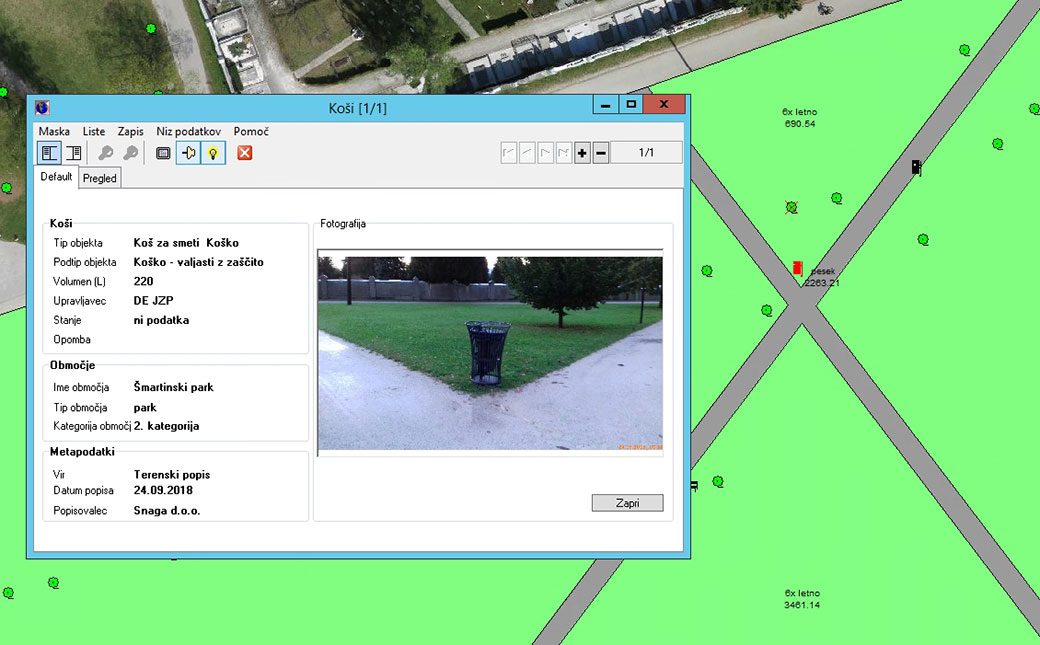